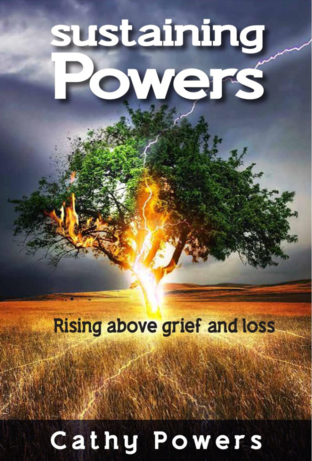 This book is for anyone that has ever lost a loved one through traumatic brain injury. It is for any parent who has ever sat up at night worrying about a child serving in the military overseas. It is for those with a parent or grandparent suffering from Alzheimer’s disease, unable to fix or heal them. It is for those who can only watch and wait as their loved one slowly deteriorates and fades away. Cathy Powers writes to reveal her crisis of faith as her son’s survival was in question.

During her journey, Cathy documented her daily life and her son’s progress through a social media platform. While her story and continued faith in God, throughout even the hardest of times, was an inspiration to many, Cathy kept her true fears and struggles hidden. In this book, she opens up to what life was really like for a mother who is forced to live through her worst nightmare: the loss of her son.

This is the story of a mother, her family, and community’s journey to a new normal after a serious traffic accident in which her son sustained severe traumatic brain injury, hospitalization, coma, and the uncertainty of recovery, culminating in his death.

Cathy Powers, a North Carolinian mother of two, had her world turned upside down after receiving a telephone call from the US Air Force. The voice was not her funny and loving son, Airman Bryce Powers. It was an official calling from an airbase in Japan to inform that her son was struggling to hold on to life after being involved in a serious car accident during which he sustained severe brain trauma. She opens her heart to share the tragic, bittersweet, and sometimes even beautiful “new normal” she and her family are thrust into after tragedy strikes her only son, an airman stationed at a small base in Northern Japan.

Cathy writes about the passing of time, the depression from dwindling hope that Bryce would one day emerge from his vegetative state, and eventually, his placement at a 90-day “Emerging Consciousness Program” in Richmond, VA. It was everyone’s hope that Bryce would experience improvement and be able to start participating in his recovery, because he was surrounded by a team of healthcare professionals who do everything in their power to promote healing. This didn’t happen.